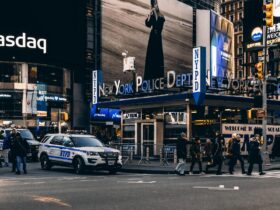 When the U.S. Federal Reserve Bank raised its key interest rate by a quarter percentage point last month and announced the likely scenario of two back-to-back half-point interest rate hikes in May and June 2022 to battle the runaway inflation, it sent a clear message to us investors: it’s time to get more aggressive with stocks. Yes, you heard me right. The so-called “rate hike cycle” is a well-known concept in the investing world, and it usually results in bearish sentiment for stocks. In this blog post, I’ll explain why you shouldn’t be fooled by the rate hike cycle – and why I became more bullish on stocks despite the increase in rates.

The rate of hiking cycles and their effects on stocks

Here’s a quick primer: the interest rate hike is when the U.S. Central Bank Reserve decided to raise interest rates to control inflation. The problem is that higher interest rates make borrowing more expensive, leading to a slowdown in the economy. And when the economy slows down, so do corporate profits. That’s why growth stock prices, in particular, usually take a hit when rates go up.

But as any history buff knows, the interest rates are nothing new. In fact, it’s been happening for centuries, and indeed, every time, it has had some effect on stocks. The most recent rise in interest rates began in 2015 when the Federal Reserve hiked rates for the first time in nearly a decade. Shortly after the initial hike, though, the market became comfortable with the idea of quantitative tightening, and beaten-up tech stocks rebounded with vigor.

In March 2020, the Covid-19 pandemic caused the Fed officials to cut rates to near-zero in an effort to stabilize the economy. The interest rate hikes resumed in late 2021-2022 when the Fed began raising rates for the second time in as many years.

So, what do these patterns and interest rates mean for investors?

In short, it looks like history is repeating itself today. After years of easy money, investors are now faced with the prospect of higher interest rates to battle inflation. And once again, they are reacting with a mix of anxiety and optimism. Only time can tell how these interest rates will play out. But if history is any guide, it could mean good things for stocks.

What history has taught us about the rate-hike cycle?

As you can see from the chart, the past performance of the S&P 500 shows an average annualized rate of 9.4% during 12 rate hike cycles since 1950. In other words, if you had invested $1000 in the S&P 500 at the beginning of each rate hike cycle, your investment would have been worth a lot more at the end of each interest rates cycle except during March 1972-July 1974!

So, while the interest rates may cause concern for some investors, it’s actually been an excellent time to be in stocks.

Why the interest rates shouldn’t fool you

The interest rates are like a game of Whac-A-Mole. Every time the Fed tries to whack one down, another pops up. Just when you think it’s over, the cycle starts all over again. And yet, despite all of the rate hikes, stocks have continued to go up.

So why are stocks still going up? The answer is simple: earnings. Companies are making more money than ever before, and that is ultimately what drives stock prices higher. And as long as companies continue to earn more money, stocks will continue to go up. Hence, the key is to select the right stocks that will continue to drive strong earnings.

While that’s true, the thing is…

Rate-Hike Cycle tells us only one part of the story

There’s always a reason why the Fed begin raising interest rates. To really understand what’s going on, we need to look at the whole picture. That means looking at employment, inflation, and other economic indicators. When we do that, we often find that rate hikes are more about trying to prop up a weak economy than anything else.

Just look at the following chart, which shows the unemployment rate since the Covid-19 pandemic began.

As you can see, the rate has been steadily declining towards the second half of 2020 to a remarkable 3.6% in March 2022.

The unemployment rate is still one of the most critical numbers in the economy and on Wall Street. As it declines, demand for workers increases. Employers have to compete for workers by offering higher wages and better benefits. This puts money into consumers’ pockets, boosting aggregate demand and economic growth.

You might ask then, what is the problem holding back the US stock market?

The elevated inflation rate is happening because there’s a massive gap between supply and demand. With the Russia-Ukraine war further driving up the supply shortage and cost of imported goods, inflation is starting to creep up due to the increasing demand. This result accelerates the consumer price index (CPI) to 8.5% in March of 2022, the highest since December 1981.

There’s a famous saying, “Don’t bet Against the Fed.”

The last thing we need is for the Fed (Jerome Powell) to start hiking rates, but that’s exactly what is happening. With the oil price already on the rise, any further disruptions could send prices skyrocketing and trigger a wave of renewed inflation. That would force the Fed to take more drastic action, and the rising rates would begin anew, making the stock market jittery.

It’s no secret that I’ve been pretty bearish on stocks lately. I’ve been worried about the potential for interest rates to rise and hurt the stock market. But I’m starting to change my tune. While I certainly don’t think that stocks will continue to defy gravity indefinitely, I think the market is underestimating a few key metrics that are evidently different from the past rate hiking cycles.

First: the U.S. economy is in good shape.
Second: GDP growth is strong and unemployment is low.
Third: Consumer spending is still climbing.
Lastly and most importantly: Inflation has likely PEAKED.

According to Gregory Daco, “These inflation numbers are likely to represent something of a peak.”Gregory Daco, chief economist at EY-Parthenon.

“The climb down from multi-decade highs in inflation will be stubbornly slow. In our base case, inflation falls below 7% only in 4Q, keeping the Federal Reserve firmly committed to rate hikes this year.”Anna Wong, Yelena Shulyatyeva, Andrew Husby, and Eliza Winger, economists

I see a few core data that suggest so and are extensively highlighted by an article written by Luke Lango from InvestorPlace that had me nodding my head: With 8.5% Inflation, The Pump Is Primed for Tech Stocks.

All of this suggests that the rate hike is not a sign of an impending recession but rather a return to normalcy. The market is always forward-looking, and it has already priced in the Fed’s interest rate hikes. This means that the stock market is likely to move higher despite the higher rates.

While there’s no doubt we are currently in a bear market, you can consider alternate investment strategies: “Sell Put Options: You’ll Wish You Discovered This Insider Secret Sooner” I have written to make money regardless of low inflation or higher inflation environment.

Thanks for reading! I hope this has been helpful to all fellow equity investors. Please feel free to leave any questions or comments below. I’ll be happy to answer them!

Disclaimer: I’m not a financial advisor and cannot legally provide investment advice. I have done this study purely out of personal interest in the financial world. Any risk you take in investing money should be taken as just that, a risk. Please do your own research and consider investment services for consultation before investing your hard-earned money. 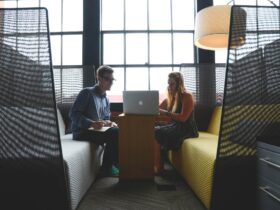 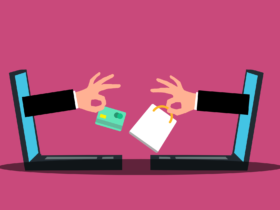 What is Buy Now, Pay Later Financing And Is It Right For You?

If you’re like me, then your eyes have probably been glued to the stock ticker this past week — and not because 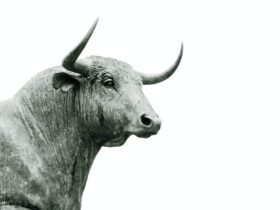 Growth Stock Investing in 2022: Is It Still a Viable Strategy? 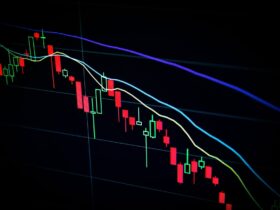 Where Are We in the Current Market Cycle? May 2022